Professional Physician Assistant (PA) Rodney Davis prepared for his extensive career in medicine by attending Rutgers University for his undergraduate education from 1994 through 1998. He studied in Piscataway, New Jersey, where he worked toward his Bachelor of Science in Exercise Science at Rutgers University. Rodney Davis then enrolled at Touro College in Bay Shore, New York, and completed the Physician Assistant program. He graduated in 2002.

In addition, he is certified in both cardiopulmonary resuscitation (CPR) and Advanced Cardiovascular Life Support (ACLS).

Rodney Davis has performed all of the lipo procedures at Pacific Liposculpture, a cosmetic surgery firm based out of San Diego, California. He has performed lipo treatments on a variety of satisfied clients, including athletes, lawyers, physicians, and even a number of staff members. Prior to his work with this Pacific Lipo, Rod worked with various liposuction and other cosmetic surgery establishments in both the greater Los Angeles area (Beverly Hills) and San Diego (La Jolla/UTC).

Rod Davis also possesses experience in Emergency Medicine and Orthopedic Surgery. From 2004 through 2007, he served as a Surgical Physician Assistant with Brookhaven Orthopedic Associates in East Patchogue, New York. An active supporter of The Salvation Army, Hope Through Housing, and the ASPCA, Rodney Davis enjoys playing racquetball, basketball, as well as fishing in his spare time.
Posted by Unknown at 7:33 PM

There were no surprises and Rod put me at ease with his outstanding bedside manner. It has been almost a month since my procedure and the office staff and Rod have been outstanding with guiding me through the healing process. They are very supportive and are there for me whenever I call with a question. 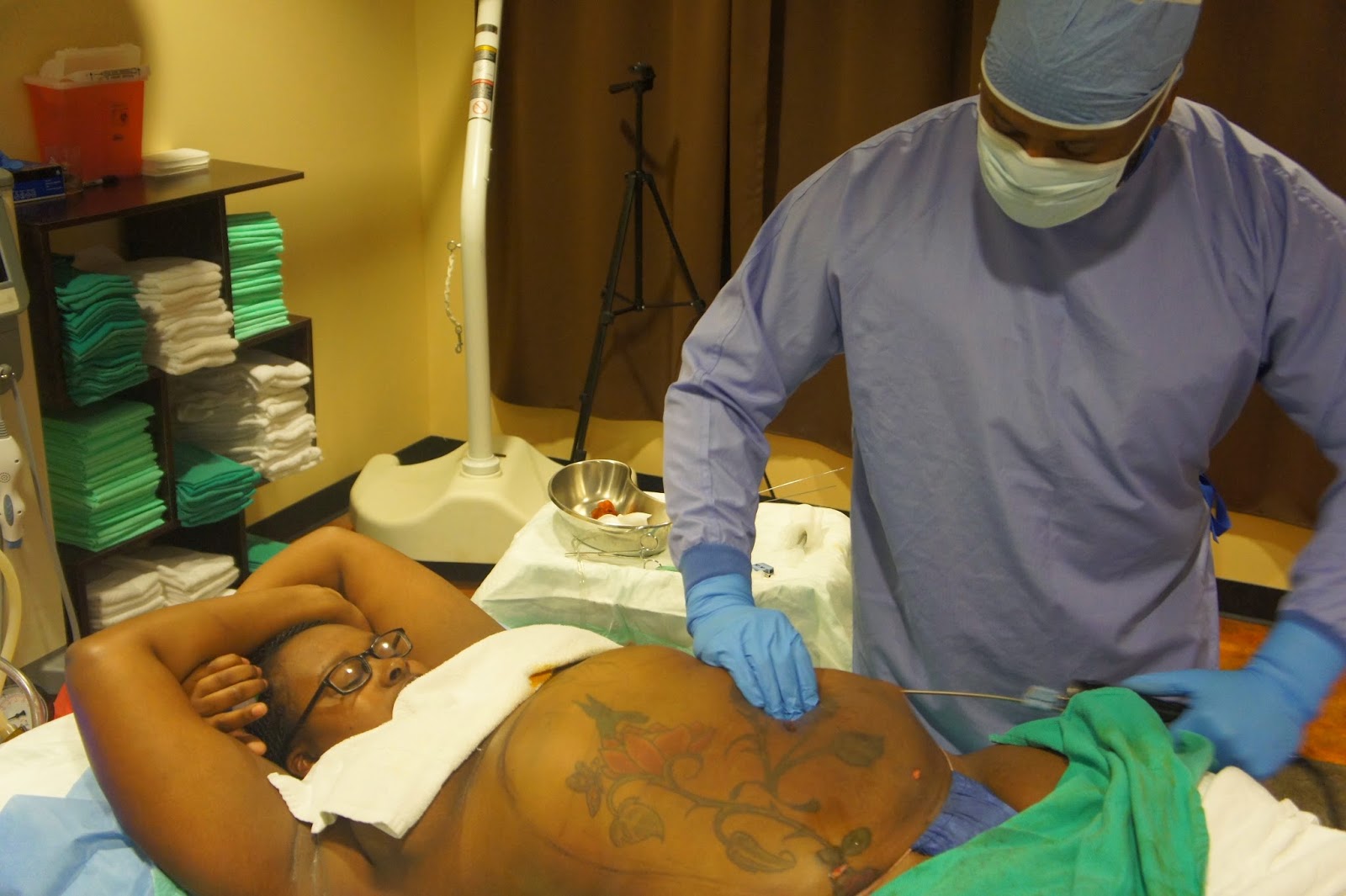 Preparation for your procedure is quite simple.  At your consultation you will have the opportunity to learn about liposculpture and if this procedure is right for you.  Our patients are provided with a list of products to avoid prior to their procedure; following this list can help your healing and recovery process. Since liposculpture is a minimally invasive procedure most people will not need any lab tests or blood work.  However, any patient 50 years and older will be asked to get a medical clearance from their primary physician prior to having a procedure.

On the day of the procedure, you are able to eat a light meal, drink fluids, and even wear makeup.  Loose fitting clothing is the best attire to wear on the day of your procedure so that you are comfortable afterwards.  If you happen to bring a friend or family member with you, we will accommodate them with a private room where they may relax until your procedure has been completed and you are ready to go home.

Consults are free and offer you the opportunity to learn what this procedure can do for you.

During the 2014 holiday season, Pacific Lipo offered a fifth free lipo contest. Our Liposculpture Specialist, Rod Davis, PA, has helped thousands of people reshape the way they live and we would love to help more. 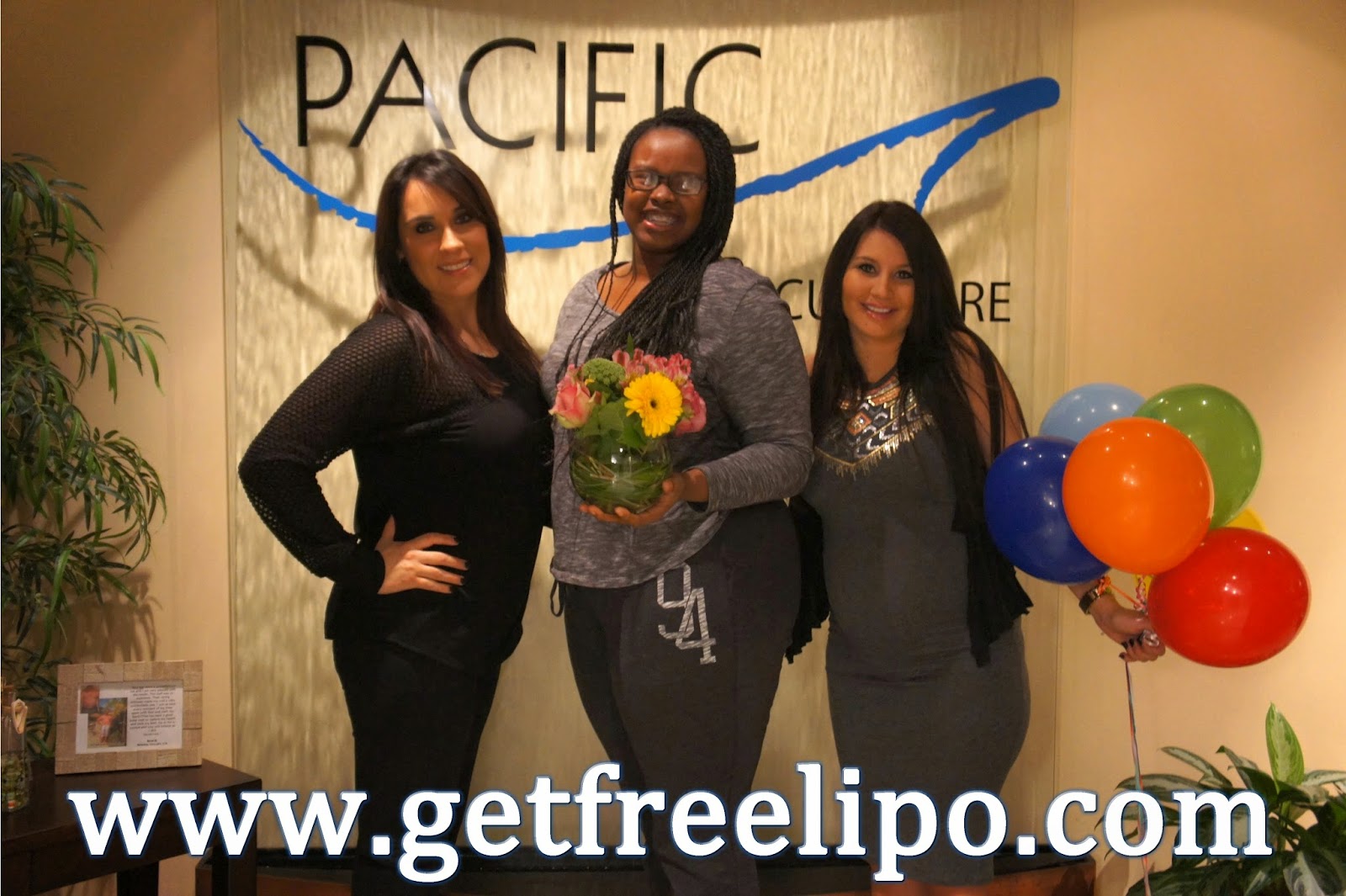 Pacific Lipo is excited to announce navy veteran Angelica P. as our 5th winner for our Free Lipo contest!  Angelica entered the contest late with just a few weeks left in December 2014.  She dedicated that time to sharing her story and gaining support from friends and family.  The immediate support she received was impressive.  Angelica struggled with meeting military standards while in the navy and struggled even more with her problem areas after having her son. Like many of us, she became a full-time mother, wife, and student and turned to Pacific Lipo for help.

Hi! I'm Angelica Payan. I am Married, A mother to an adorable son & a US Navy Veteran of 4 years. Here's my story: All my life i have been curvy, which made getting into the military and staying in, a difficult task. I did everything I possibly could to stay in from taking so many diet pills, Epsom salt baths, runs 4 am every morning and to even trying to starve myself. 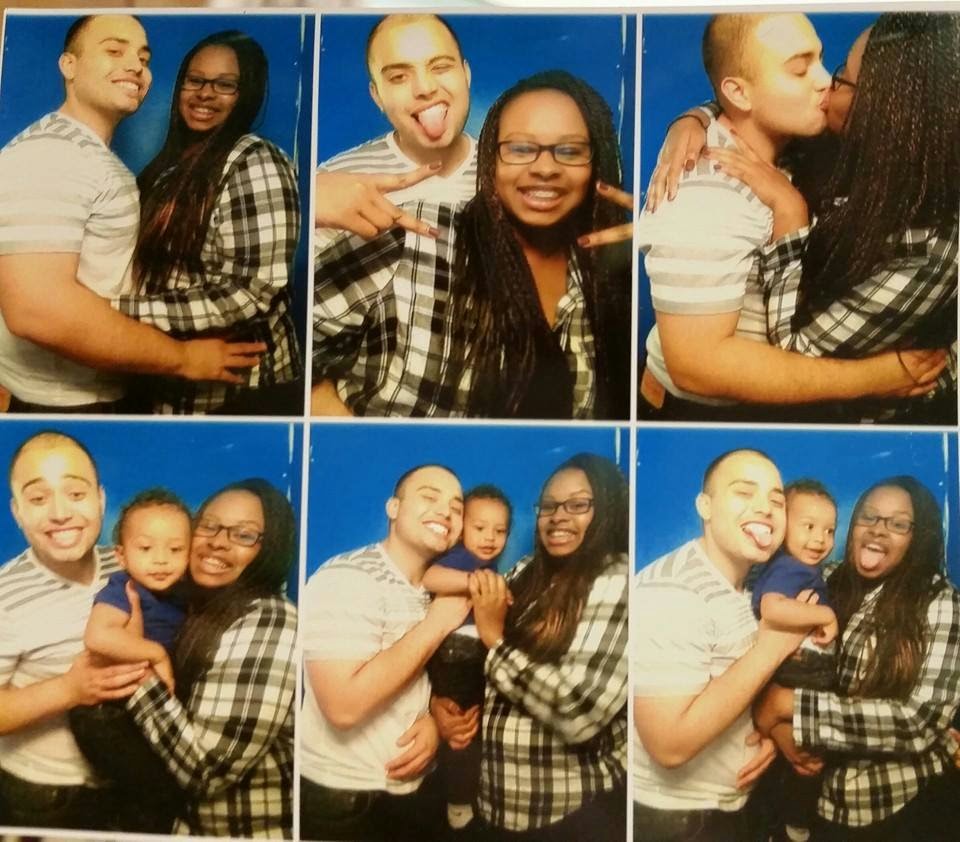 After 2 years of being in the military, I met my husband and we had a beautiful life blessing that i call my son. After my pregnancy, my assets that made it easier for me to pass the military weigh ins ( small waist, small stomach) were now bigger. The assets that made it harder for me to pass my weigh ins ( big butt, thighs & hips) were now enormous! My body now didn't only affect my job, it affected my self esteem, my personality, my relationships, my marriage, my life... I am now a full time student, raising my son, and being a wife to my husband. i just want that joy of waking up in the morning, that happiness of being able to look at my self in the mirror, the good spirits i had to love myself. I just want to be happy again. Just being able to get on a roller coaster with my son would mean so much to me. I am inches away from that happening & i hope you guys can make that happen for me. Winning this contest would sure be a magnificent blessing. Thank you for this opportunity to even register. It means a lot! Like Seahawks quarterback Russell Wilson said rephrased " Why not me? " :)

Stay tuned for her experience and procedure at Pacific Lipo ...