... I passed the tape test with inches to spare ... It's so refreshing to make the right decision the first time.


Having trouble with your Fitness Measurements? It is no secret that the military is making significant cut backs in personnel. According to the Army Times, the Army alone will be cutting 80,000 soldiers over the next 5 years.  A quick and easy way of elimination is done by the body fat tape test.

Liposculpture can help you meet your requirements and maximize your PFT.

At Pacific Lipo, we understand that genetically, some people have a difficult time losing weight in their chest, abdomen, hips, or love handles. For military personnel, this may mean a cut in responsibilities or pay, relocation, or even termination. It is common for members of the military to turn to liposculpture. This safe and effective procedure can trim body fat quickly to help you meet measurements and perform better.

“Experience and reputation matter”, says Rod Davis, Director of Surgery, PA-Certified, of Pacific Lipo. “That’s why we are one of the top lipo centers in California.”   Davis has performed over 15,000 lipo procedures and is considered an expert in his field.  He specializes in lipo and has a track record of helping each one of his military patients get their body within the required measurements.  To view before and after pictures of Davis’s patients, refer to Pacific Lipo’s Photo Gallery.

Liposculpture is minimally invasive and requires little to no downtime. Results can be seen immediately and are permanent. The incisions are tiny so they are barely noticeable once healed. Procedures take less than 2 hours.

Consultations with our Director of Surgery (Rod Davis, PA-Certified) are complimentary and the prices are All-Inclusive.  We even offer military discounts and financing options!

Coolsculpting or "Cryolipolysis" is a process by which cold paddles are placed on a patient's skin in an effort to destroy fat cells by "freezing" them. Patients are told that over time, their layer of fat will reduce in size and thus provide them with a more pleasing shape. Although the Coolsculpting procedure itself is usually performed in about an hour, patients are told that results may take 6-16 weeks to be appreciated. The results can be mixed from no visible changes to subtle changes. The cost can be significant ranging from $750 - $7,500 depending on the number of areas to be treated and how many sessions your medical office recommends. As with many other methods that are advertised as "non-invasive" quick fixes, most patients spend money on multiple sessions which can quickly increase costs.

In recent months, many people have contacted our office, Pacific Lipo in San Diego, California, to inquire about the benefits of Coolsculpting vs. liposculpture. After a brief discussion via consultation, nearly every client chooses liposculpture over coolsculpting. The most common reason for their selection is that most people understand that although "sculpting" is a key part of the word "Cool-sculpting", there is virtually little to no sculpting being performed by the artist. The artist I'm referring to is the medical provider who is controlling the instrument. Every patient needs to be sculpted to varying degrees by an artist who can see and feel the changes as they are occurring. Relying on a machine to freeze tissue without a sculptor or artist in control can potentially lead to unwanted changes. See this short news video of a patient who had a Coolsculpting procedure performed and his opinion regarding his outcome.

Unfortunately, those that are interested in the latest, often over-stated trends such as Coolsculpting are lured in with biased ads or articles that promise a newer, more painless, and completely non-invasive technology. However, liposculpture is considered the "gold standard" in the industry for a reason.

Liposculpture can be performed while awake and the results can be very dramatic, depending on the experience of the medical provider who is performing it. Technology has been extremely beneficial to all industries, but when it comes to cosmetic procedures, choosing the right artist is the most important decision you will make in the entire process.
Pacific Lipo is a 5-star company located in San Diego, CA.  View before and after photos of actual Pacific Lipo patients who underwent our liposculpture.

Consultations are free and pricing is all-inclusive.

Rod Davis, is a Nationally Certified Professional Physicians Assistant (PA). In his role with the San Diego, California-based clinic, he performs consultations; engages in various outpatient liposuction procedures; liaises between directors, physicians, and staff; and generally manages the Pacific Lipo surgical department as it's Director of Surgery. Board certified as a PA for over ten years, Rodney Davis Physician Assistant has been licensed to practice in both California and New York State, and has trained other medical providers on the art of liposculpture/liposuction.
Posted by Unknown at 10:44 AM 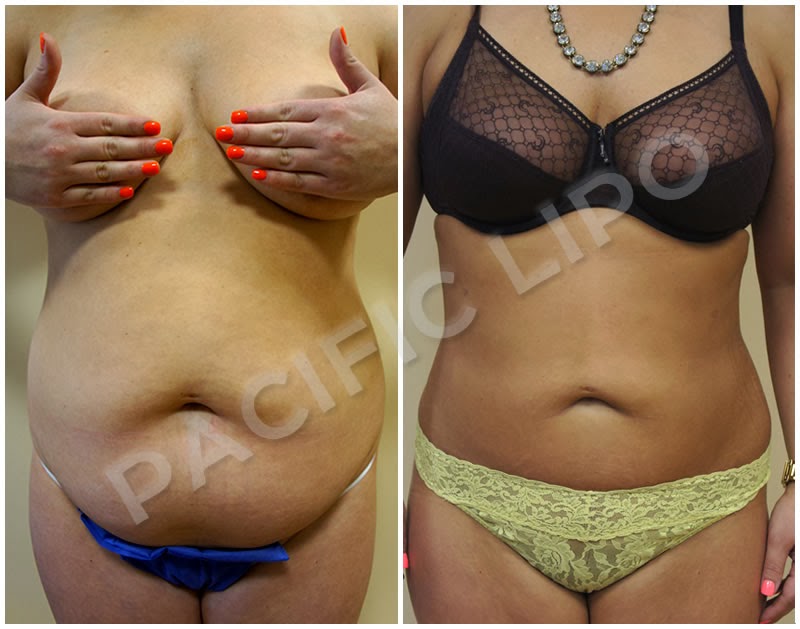 After having 2 babies back to back and a c section, my new shape was difficult to adjust to and very resistant to diet and exercise. It was impacting my enjoyment of life. I made the decision to have liposuction on a trip to San Diego from Canada with my husband. I emailed my pictures to every clinic in La Jolla and beyond, only to hear I needed a tummy tuck from over half of the board certified plastic surgeons. I was not at all interested in having such a major surgery, such a large scar, greater risk and pain, huge cost, and I could not care for my toddlers with that length of recovery time. I was not convinced they were right. I saw the photo gallery on Pacific Lipo and I knew they could help me. I found Pacific Lipo had the best reviews, best photos, the most informed staff, and even though I was skeptical at first about having the procedure done by someone who is not a board certified surgeon, I realized I didn't need a surgeon. Surgeons are trained to cut. And most surgeons do a multitude of different procedures each week.

Liposuction is an art that requires great skill, and Rod Davis has mastered this art. It is all he does and I venture to say he is the best.

This is truly life changing for anyone who is living uncomfortably with excess stubborn fat. Rod and his staff are beyond helpful, professional, and pleasant. Rod did my abdomen, hips and flanks and I am so happy with my results and it's improving even more each day. He did my chin as well and the result was instant and incredible.

Thank you Pacific Lipo! You're an amazing team! 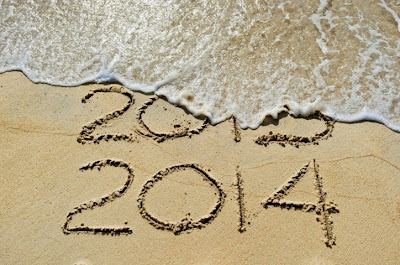 January is considered a month for resolve, renewal, and rejuvenation.  But it can also bring lot of subtle pressure if you have life-changing objectives you're planning to put in motion this month.  Instead of daunting, unrealistic or too-easily-broken resolution, focus on reasonable goals and take action to achieve them and put yourself on a path for an epic year.

Liposculpture - Progression Throughout The Healing Process 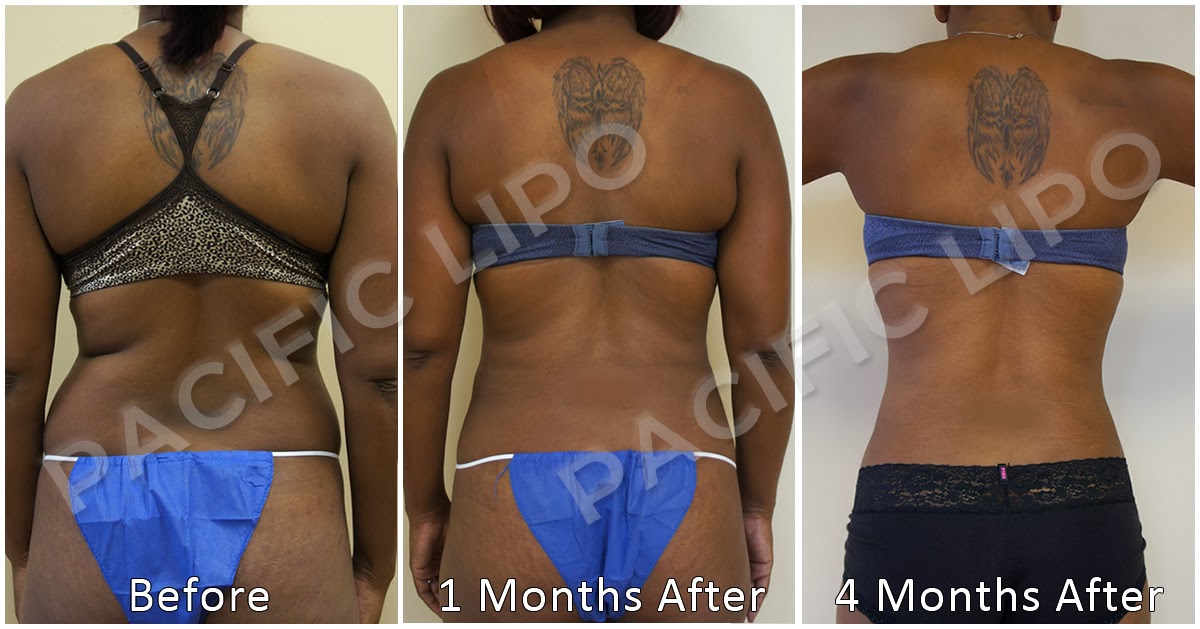 Liposculpture is a minimally invasive way to permanently and immediately remove fat cells.  Although a change in shape can be seen immediately after procedure, your body will continue to improve over time.  It takes time for the body to heal and swelling to decrease after  procedure.  The before and after photos of this patient are a great example of the progression that occurs during the healing process.
Despite regular exercise and a healthy eating habits, this individual struggled to flatten her belly and trim her love handles.  She turned to liposculpture to provide a better contour to her problem areas.  She was very pleased with her results shortly after her procedure, but was told results would continue to improve over the next few months.  The patient returned for another follow up appointment 4 months after her procedure and was even more excited about her shape.  She had lost several inches from her abdomen and love handles.
After any procedure, it is important to follow after care instructions, ask questions when they arise, and return for follow up appointments.  Maintaining a relationship and communication with your provider will help you to achieve optimal results.
Visit www.pacificlipo.com to view more before and after photos.  All liposculpture procedures at Pacific Lipo are performed by Rod Davis, PA-Certified.
Posted by Unknown at 10:06 AM